Get Rid Of Unwanted Fat with Most Advanced Liposuction Techniques!

Why choose us for Liposuction Surgery?

Liposuction can be very useful when performed on areas such as the abdomen, flanks, hips, thigh area, buttocks, arms, and breasts.

Abdominoplasty or tummy tuck is a surgery which is used to remove excess fat and skin and restore weakened muscles to create a smoother and firmer profile for the abdomen. A well toned and flat stomach is aspired by most of us but many of us are unable to achieve it by exercise and dieting. Read more about Abdominoplasty - Tummy Tuck.

The main aim of arms liposuction is to make women feel more confident with shapely and sculpted arms when wearing short sleeves dresses. The goal of fat removal by liposuction is to improve the appearance of the arms and maintain quality of female beauty, allow the person undergoing the treatment to feel more confident and achieve thinner and shapely arms. Read more about Arms Liposuction.

A lot of people suffer from fat accumulation in the back in the form of rolls, bulges around the bra and fatty deposits. Back liposuction corrects all these faults leading to an increased confidence and better appearance. It leads to tighter skin and slimmer physique. Read more about Back Liposuction.

Buccal fat removal surgery involves reduction of fat from the cheeks. This fat pad exists just below the cheekbones and consists of tissues and lobules of fat. This treatment is suited for both men and women who suffer from over sized jowl. The face looks thinner and slimmer as a result of this surgery. Read more about Buccal Fat Reduction. 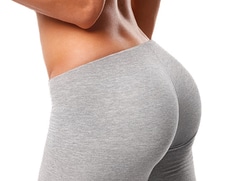 Many people desire to have rounded, fit and toned Fat Removal Treatments. A comprehensive approach is used to carry on this liposuction procedure to give patients a perfect shape and proportion. There are very few patients who actually undergo direct liposuction.

A procedure which is known as Vaser Liposuction removes fat and does body contouring. It is used to treat Thighs, upper legs and gives an ultimate control over them. It works 360 degrees around the legs and targets knees, thighs and buttock crease by using vaser lipo which does body contouring by minimal invasion. Read more about Thighs Liposuction.

A lot of people are uncomfortable with their love handles and become self conscious when they go out. They can find out if liposuction is the answer for them. Liposuction has gained a lot of popularity in removing love handles as they cannot be removed using other methods. Read more about Love handle Liposuction.

People are ideal for liposuction who:

We are located all over India, Our clinics are at Delhi, Gurgaon, Noida, Pune, Mumbai, Nagpur, Ahmedabad, Bangalore, Chennai, Hyderabad, Kolkata, Lucknow, Patna and we are coming to more cities.

If you have questions or need additional information, please call:+91 8329060384 or use our Contact Form!

Find detailed information about Liposuction Causes, Symtoms, Diagnosis, Liposuction Myths, Facts, Faq’s & Fat Reduction & Body Reshaping, Body Contorting surgery in Jaipur. If you are a Doctor from Jaipur, You can request your profile on our website & If you want liposuction treatment then you can find doctors, Ask your doubts about Fat reduction or read the blogs. We have tried to list best Clinics, doctors & surgeons in & near Jaipur. You can fill the form & submit your contact details to fix free consultation with one of our affiliate doctors in Jaipur. To know the approximate cost of Liposuction Treatment, click on - http://www.liposuctionclinic.in/cost-and-finance/ .

Surgical results vary greatly from patient to patient and are not guaranteed. The information on this site is intended for general purposes only and is not intended to nor implied to be a substitute for professional medical advice relative to specific medical conditions or questions. The before & after photos on this website are of models & are not intended to represent the results that every patient can expect. Diet and exercise play an important part in the health and well being of a patient and in the maintenance of their body shape. The information provided on and through this website is not medical advice. It is informational only.

The liposuction is a surgical technique that is used in cosmetic surgery and allows remodeling silhouette through extracting fat or adipose tissue of various sites of the body using a cannula or syringe connected to a suction machine. This procedure can also be assisted by ultrasounds or lasers that help previously dissolve the fat to make its extraction easier and less aggressive.

Liposuction should not be considered as a cure for obesity , but as a cosmetic surgery that can remove the accumulated fat that is in unwanted places. Liposuction is usually carried out on the abdomen, hips and thighs, although it can also be done in other places such as arms, knees, ankles, double chin or face.

Cosmetic surgery should be performed on people who are in good health. The primary purpose is to eliminate body fat in order to eliminate lipodystrophies or cellulite , shape the patient's body and to a lesser extent reduce weight , as it is not strictly a treatment for the control of obesity and adipose tissue is not extracted at all the body, but only some areas, the most common being the abdomen , thighs , buttocks , arms and neck .

The main function of liposuction is to extract as much fat and adipose tissue as possible, thus reducing the volume of the area. If this procedure is performed by extracting a small amount of fat, there is the possibility of performing a liposculpture (or lipotransference) that consists of repositioning part of the extracted fat and infiltrating it in other areas of the body to give them better volume and shape for aesthetic purposes.

During the operation, the surgeon first goes through each sector of the area to be liposuctioned with a cannula (which has been previously marked) and will inject a liquid solution. This solution is made up of anesthesia, a drug that constricts the blood vessels, and a saline solution that will help loosen the fat from the skin and muscle, dissolving it and turning it into a viscous liquid. Later, this liquid will be removed by means of a suction procedure, through a cannula that has previously been introduced and that is connected to a suction machine.

A liposuction usually lasts between 1 and 3 hours, although the final time will depend on the type of liposuction and the technique that is going to be used. As in any other surgery, local or general anesthesia is used.

Several liposuction techniques are used: with a syringe , with ultrasound , fibroliposuction or with the help of laser .

Ultrasonic liposuction is applied in body treatments for localized lipodystrophies , cellulite and mainly post-liposuction, to reduce irregularities. The clinical effects of ultrasound have long been known in physical therapy, where the heating effect generated by ultrasonic waves was used in the treatment of musculoskeletal injuries. Based on this principle, ultrasonic liposuctors are developed that perform a selective destruction of cells, preserving vessels and nerves. This specificity is due to the different ultrasonic energy absorption ratio that cells of the human body present.

Once the liposuction is finished, the patient will be able to return to their usual tasks in a time that will depend on the operation that has been performed and the patient (this period may vary between one and several days). During the following weeks, the patient should not make efforts and should protect the liposuction area using a special girdle and elastic compresses that the surgeon will recommend. It is also important that appropriate clothing is worn to facilitate recovery.

As in all surgery, it is required that the recommendations of the surgeon performing the procedure be followed to the letter.

Like any surgical procedure, liposuction has inherent risks that in most cases can be avoided with meticulous surgical technique and careful pre-surgical analysis.

Major complications are hemorrhage that can cause hypovolemic shock , venous thrombosis and subsequent pulmonary embolism as well as fat embolism , pulmonary edema, and cardiac infarction.

Locally, in the intervened areas, there are also deformities or irregularities of the contour, hypoesthesia of the skin located over the liposuctioned area (which can take months to recover), extensive ecchymoses that can be partially resolved, leaving spots due to accumulation of hemosiderin , appearance of seromas , infections ranging from mild to necrotizing fasciitis .

Failures in the technique can also lead to asymmetries, leaving one area of ​​the body more prominent than the other, to overcorrection that leaves a depression in the skin and which then has to be corrected with a lipoimplant or lack of correction, having to do a second liposuction.

What is and how is liposuction performed

The liposuction or liposuction is a surgical procedure by which extracted fat accumulated in different parts of the body: chin, arms, breast, abdomen, buttocks, hips, thighs, knees or ankles. At no time should it be thought that it is a treatment against obesity, but rather a technique to shape the body by removing excess adipose tissue and sometimes even reinjecting part of it in areas where it may be necessary.

The liposuction intervention is performed under local, epidural or general anesthesia, depending on the case, and consists of the introduction into the adipose tissue of a special cannula or syringe connected to a vacuum machine that aspirates the fat from the treated area. It lasts between one and two hours and in it, a lot of fluid is lost, which makes it necessary to replace it with fluids that are administered intravenously.

After the intervention, it is necessary to stay in the hospital for two to three days in order to avoid the formation of edema and control inflammation, pain and bleeding. A drain is placed in the operated areas to facilitate the removal of fluids. Likewise, to help the skin adapt to the new contour, a compression bandage is applied to the treated area that will have to be worn permanently for two or three weeks and a few more weeks only during the day.

It must be borne in mind that if the elasticity of the skin is decreased, after performing liposuction, irregularities and depressed areas may remain that can later be corrected by means of reduced and selective interventions or by injecting fat to fill them. Recovery from liposuction is gradual. Relative rest should be done for about two or four weeks, depending on the extent of the body that has been treated. The stitches are removed after seven to ten days, while the swelling and bruising that have arisen after the operation will gradually disappear in the following months.

The liposuction is a safe procedure, but like any surgery involves risk of complications, even if the patient meets the necessary requirements, the operating room is well equipped and is performed by a qualified plastic surgeon. Infections can arise or suffer an excessive loss of fluids. But cosmetic problems can also appear, such as keloid scars (hypertrophied), wavy skin or asymmetries.

The best candidates for liposuction are healthy people, with a normal weight and localized excesses of fat. It is also important in order to obtain good aesthetic results that the skin is firm and elastic, otherwise it will not adapt to the new contour and there will be flaps that will later have to be corrected with a plastic surgery intervention. Liposculpture is not indicated in people with circulatory, heart or respiratory problems.

Upon completing this form, you will receive a Call from Doctor!

Your information was successfully submitted.